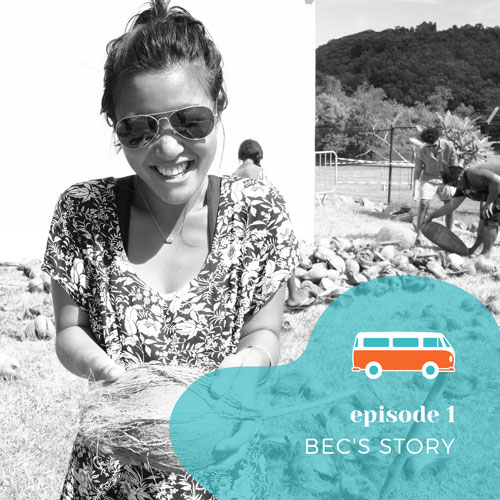 Episode 1: Just Say Yes to Everything

Bree: We all seem to have ideas about what life will look like when we reach a certain age or time in our life and sometimes those ideas are accurate and sometimes they are not. We are going to hear Bec telling us her story of how she started again. Bec is originally from Melbourne, Australia and we are calling this story, ‘Just say yes to everything.’

Before we listen to Bec’s story, let’s talk about some of the vocabulary and expressions you’ll hear Bec say:

Whirlwind – this noun and adjective most commonly refers to an energetic and chaotic process. E.G. To travel around Canada in one week would be a whirlwind trip. It would be a very rushed and chaotic trip!
Pillow talk – refers to the conversations two people have in bed. These are normally nice light conversations. E.G. The couple was laying in bed talking about the day they first met.
To grieve – this verb to feel intense sadness. It’s commonly used to refer to what we feel after we lose someone E.G. She grieved the loss of her father.
To be stoked – This adjective is slang so very informal. And means To feel very excited about something. E.G. She was really stoked about her trip to California.

For each episode, you can get a full vocabulary list and listening comprehension activities on our website acingles.com, that’s la letra a, letra c, ingles punto com. OK let’s get into the story…

Bec: I met him in a job interview. His name is Julian. We were in competition for the same job at a law firm. I didn’t think much of him. I thought he was a strapping young man. He was very tall and had a very serious face. In that regard he was intriguing. But after that day, we both discovered that we got the job. We were both successful in that and I discovered that he also like to stand in the corner and eat the free food at our Friday drinks at a law firm. And from there we discovered that we both took the same train in the mornings together and I noticed that I started timing my arrival to the train platform to coincide with his.I suppose that is where it all began.

We traveled a lot together and for a while there we were in Europe. He was studying in the Netherlands and I was using it as an excuse to run away to Europe for the summer we did all those things that young couples do. We travelled, we did the backpacker journey.
We had adventures. We moved in together. We had a little apartment by Albert Park, which is a lovely like in Melbourne by the beach. We loved doing sports together. We did triathlons. We did hiking together.

From there it was probably about three and a half years into our relationship that we were at and Angus and Julia Stone concert – that was really lovely and a very quintessential Australian folk experience – that we decided to get married! People ask me if he was the one who initiated or if I was but I really don’t know how it came about it. It wasn’t like he got down on one knee. It was a lot more unassuming. It was just, you know, we are caught up in all this beautiful music all these love songs. I don’t know somehow we left the concert engaged!

Then began the the whirlwind of planning a wedding. We did all of the the frilly bits of an engagement party. We did dress fittings. We visited locations together this was about a year in the process and we’ve had invitations sent out. I had my bridesmaids all ready to go and then it was one evening two months out from the wedding, just as we were lying in bed having pillow talk, as they say, he said to me, ‘I can’t do it. I can’t get married’.

It was such a quiet spoken sentence but with such grave implications. In that moment I didn’t really know how to process it. He asked, we he said it so nicely, like I just can’t get married to you. And so at this point everything was ready I suppose you could describe what happened next as trying to detangle hair from a hairbrush – very messy, painful and tedious. I wanted to normality as soon as possible. After that day he moved out and I was pretty much left living on a mattress on the floor. I had also just left a job and I was well we were relying on his salary to live because I had gone back to study. So I definitely felt his absence in more ways than one. I do remember a lot nights, my sister, my younger sister. I call her my ‘little big sister’ because she was really there for me at that time when I really needed someone to be next to me in the bed.

To help my ex Julian and I reconcile what had happened, at one point we decided. Well, we have all this champagne. What are we going to do with tens of bottles of champagne just lying in our storeroom? What we’re going to do is we’re going to throw a picnic with all our friends and whoever wants to come and show that, you know what, everything is okay and we’re going to get through this and let’s have some fun along the way!
The day of the picnic came about it was really lovely. I mean Melbourne in the summer is really gorgeous. The sun is not too hot it’s just that nice warm from the back of your neck and the vibe in the city – it’s just emanates summer. We were all hanging out. Friends had bought their friends. It really marked a new beginning and in more than one sense for me!

This is where chapter 2 of the story begins. I met a young guy a young Venezuelan surgeon, who had just moved to the country, called Daniel. And this is my break up picnic and he’s arrived. We just started to hang out because he was new to Melbourne and I was on my way out of Melbourne. Oh I had signed up for a job in New Caledonia. It’s a little island. I was going there to teach. This guy is new to the city and he seemed to like hiking so sure let’s hang out it!

It did come as a shock to me when one month into my new contract in New Caledonia I got a call from young Daniel saying Rebecca it so happens that I’m coming to New Caledonia, any chance I could stay with you and we could hang out? I suppose from that point that’s where my life with Daniel began. We were in New Caledonia together for 2 weeks and it was really lovely and I think that’s when we decided there’s something here.

I took on the mentality of just saying yes to everything that came my way. That was part of the new me, my new and improved mantra. With my new mantra in mind I agreed to move to Perth with Daniel and then after a year there working in the desert, we said yes to a job opportunity that came Daniel’s way in Barcelona and most recently I suppose I said yes to having a baby together! And here we are in Barcelona 3 years later with our almost two-year-old baby girl Zoe.

If I… if I think back to five years ago and all those job interview questions that we do, ‘Where do you see yourself in 5 years time?’ I would have never imagined this, living a life in Barcelona, by the beach. I teach. I help manage an English school. It’s amazing! Tomorrow, tomorrow, I’m returning to Melbourne for the first time in more or less three years since arriving and to be honest I’m really nervous. Let’s see how it goes!

Bree: I had the chance to speak with back after her trip to Australia. We are in covid-19 lockdown right now. We recorded this remotely. Let’s hear what Bec has to say about going back to Australia for the first time in a long time and how she’s feeling about Australia these days. How how was the experience of going back and introducing Zoe to her Australian roots? How did it feel?

Bec: Going back to australia was really nice. Umm I was nervous at the beginning. But it felt so strange but at the same time so familiar to be back home. It also brought on a sense of nostalgia I think having the family all around me as well all of my cousins and aunties and uncles that live in more or less the same suburb. I had a glimpse of what life would have been like.

I felt grateful to have those family around me because they welcomed us so effortlessly they just walked in and were like ‘how’s it going Zoe?’ or ‘Bec, how’s it going?’ as if no time had passed at all. I kept thinking to myself, ‘could I live here again?’ and I don’t know about that I think over the years my sense of home has evolved. Over the years and when I was a child growing up, my family moved around a lot. For me, my sense of family is more about the people and having that constant. Yes I feel at home in Barcelona more than Australia now but beyond that I feel more at home with Zoe and Dan.

"over the years my sense of home has evolved" 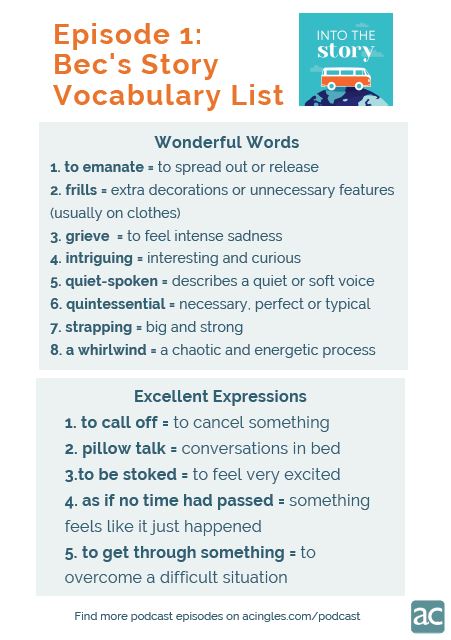 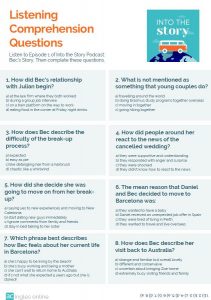 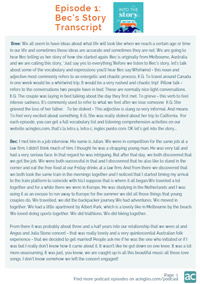