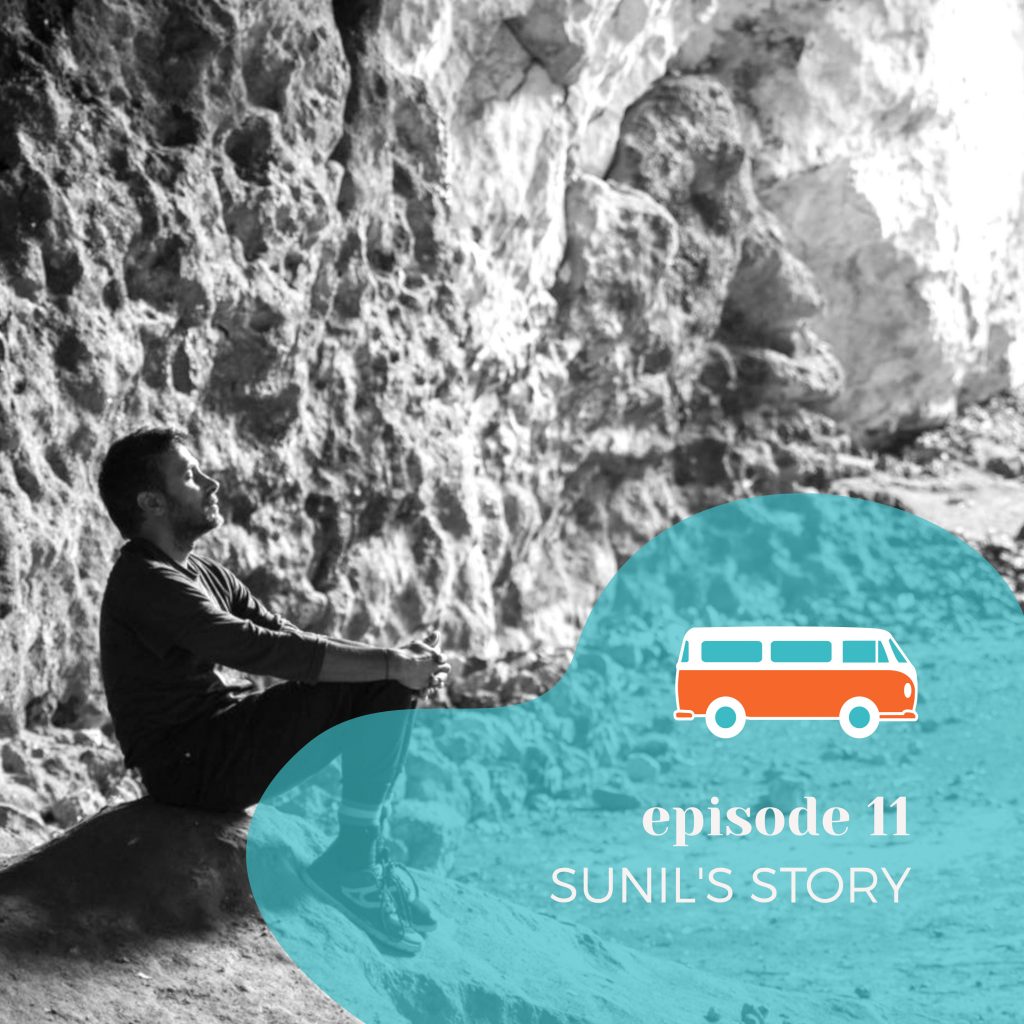 Bree: What’s it like to leave on a one-week holiday and then return five years later? In today’s episode, our storyteller Sunil explains how he ended up in this exact situation!

In today’s story, Sunil describes his dream of wanting to build a meditation retreat centre and how an opportunity to do exactly that arose in the most unexpected place… on a Scottish isle!  You’ll hear how Sunil learnt to snorkel and bake bread at the same time and how living on an island smaller than his London suburb taught him to embrace life’s unpredictable moments.  We’re calling this episode, ‘Grow with the Flow’.

Before we begin listening, let’s talk about some of the vocabulary and expressions you’ll hear Sunil say:

The first expression for today is ‘in the middle of nowhere’ – en el medio de la nada. We use this expression in English as we do in Spanish to mean a very isolated or far away place. You’ll hear Sunil talk about building a retreat centre in the middle of nowhere.
Secondly, Isle. Spelt I-S-L-E. The word isle usually refers to a very small island – una isleta. Be careful with the pronunciation of this word. Like the word island, which students often pronounce mistakenly as ‘is-land’,  the letter s in the word isle is silent.
to chop – the verb to chop means to cut something into small pieces with a knife or an axe – una hacha. We usually use this word when we refer to chopping wood or chopping vegetables.
Next: to go like that. If someone says to you ‘the day went like that’, they mean that the day passed very quickly because they were either distracted, busy or having fun. People might even say the phrase in the blink of an eye – en un abrir y cerrar de ojos – to emphasise their point. It’s a slang expression that we use more in conversation than writing.
Finally, to tune into – this phrasal verb has 2 key meanings. It can mean to become sensitive to something. For example we can ‘tune into someone’s emotions’. Tune into can also mean to start listening to a radio program. For example ‘we tuned into the live broadcast of the football match’. Tune into.

And, as always, you have a full transcript, vocabulary list, and listening comprehension activities on our website acingles.com, that’s la letra a, letra c, ingles punto con. OK let’s get into the story…

Sunil: It was a time when like, I was in London I was doing a job in I.T. just to kinda live, really. I knew from the very beginning that I was not into it but I had to pay the bills. After a number of years I was really getting the feeling that I really needed to get out of London. So I had this idea that I could go and live in Spain in the middle of nowhere and create some sort of retreat centre. I imagined creating a quiet space surrounded by nature and I imagined like lots of different people coming there from different backgrounds, spending a little bit of time just connecting with themselves and coming away feeling more clarity and peace with themselves.

I had this idea in my head but the reality was kind of different and there were a lot of different steps to take and a lot of things to do and learn. I wasn’t really prepared for it because I had no experience of living in the countryside and I didn’t have a lot of skills. I felt like what I wanted to create was so far away and a kind of a big mountain to climb.

A friend of mine invited me to, to go visit her in Scotland. So she lived on this island called the Isle of Arran and she invited me to go there for a week. She just suggested to me well you know maybe you just need some space and maybe you’ll get some inspiration as to what to do next. I had been to the Isle of Arran previously. It’s like a 2km island and I had said, ‘you’d never catch me living on an island like this!’

I remember that I arrived on the Friday. I arrived on the ferry from the mainland and it seemed like another world. It is quite a, it’s quite an ancient-looking Island. They call it like Scotland in miniature and it’s got like these mountains on the north end, you kind of even get that… they are quite ‘jaggy’ and you kinda get a sense that maybe a pterodactyl will come flying over the mountain because they look quite old. Yeh I remember the water was like maybe… it seemed like it could be in the Mediterranean you know it was like turquoise.

I arrived on Friday and then on the Monday, we went to volunteer with this business organisation that my friend was involved with and they were building, in fact, a retreat centre on the Isle of Arran. We went back on the Tuesday and on the Tuesday somebody there suggested to us, ‘oh do you fancy staying here and helping us build this retreat centre?’

I think there was a struggle, there was a little bit of a battle going on between this part of me that was saying yes to what was being offered and the part of me that wanted to sort of, keep control and wanted to kind of, like fulfill my, my dream in my way. I would try to work out like rationally what the best thing to do was.

So my way of doing that was, to kind of create these endless lists of pros and cons and I would go around thinking about it over and over and over again until like I was in more of a mess than when I started. And at one point maybe I just had to kind of let go of that and so well you know, I’m not doing anything else and I always wanted to build a retreat center so I thought, ‘yeh why not?’.

I started off just chopping vegetables in the kitchen and so we catered for retreats up to 60 people. It was, it was really cool actually because it wasn’t like working in a normal restaurant, you know. It was relaxed and  it was quite, it was quite a lot of fun. There was quite a few characters, there was a Jordi. He was also a shiatsu practitioner so I remember sometimes, I would be cooking, chopping vegetables and he’d be giving me a kind of shiatsu massage while I was chopping and… or we would often break out into spontaneous pot and pan playing in the kitchen.

Yeah living on this island was a little bit like kind of being back at University with a close group of friends. You are kind of living, living and working 24/7 with them and it was quite a lot of fun. I mean, yeah you got to know people really well and I remember at breakfast with the… there were jokes coming out and we were already laughing and the day generally went like that.

I would make lunch and then there was generally a little bit of a gap between like dinner time and in between, in that gap we would often make bread. So I learnt how to make bread. I was making like 12 loaves at a time, putting them in the oven and then I would nip off around the corner and go snorkelling in this beautiful like, red rock and there were like seals there and amazing fish. The water was like freezing cold but I just would like run back to the kitchen and warm myself up standing by the oven, which was like baking the loaves of bread. I think it combined quite well – baking and snorkelling.

I ended up staying, in fact, for like five seasons so like 5 years. I ended up doing things that I never imagined in a million years. I learnt to cook, I, I did some building, I learnt carpentry, I ran workshops to do with like, creativity and meditation. I used to also lead like dance workshops and I never imagined this like when I was like an IT geek living in London.

Being on the island was great for me. You know, I ended up doing things that were a little bit more physical and creative which is what I always wanted. I spent a lot of time practicing meditation. Really that helped me really to kind of heal a lot of things. I felt kind of more connected to myself.

I’d come to the point where I felt like I had done all I could do . I left after 5 years. So now I’m actually coaching people in creating what they love. I’m really exploring this idea of how one can tune into this instinct and inner knowing to kind of navigate in life because I think that that experience taught me that. To let go of fixed ideas and all I had to do was kind of like jump in the river. Things don’t necessarily have to be the way that you imagined them and actually sometimes when you let go of that, they work out even more amazingly than you had originally planned.

‘Things don’t necessarily have to be the way that you imagined them and actually sometimes when you let go of that, they work out even more amazingly than you had originally planned.’

In the middle of nowhere en español

‘I had this idea that I could go and live in Spain in the middle of nowhere and create some sort of retreat centre. I imagined creating a quiet space surrounded by nature and I imagined like lots of different people coming there from different backgrounds, spending a little bit of time just connecting with themselves and coming away feeling more clarity and peace with themselves.’ 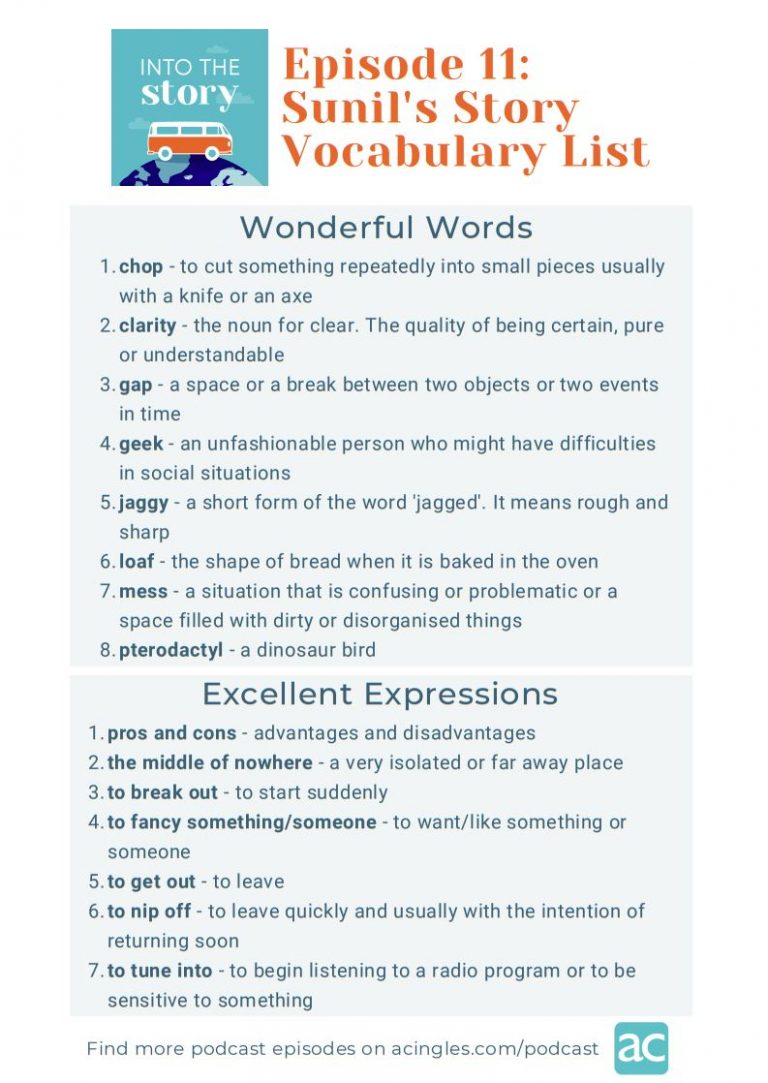 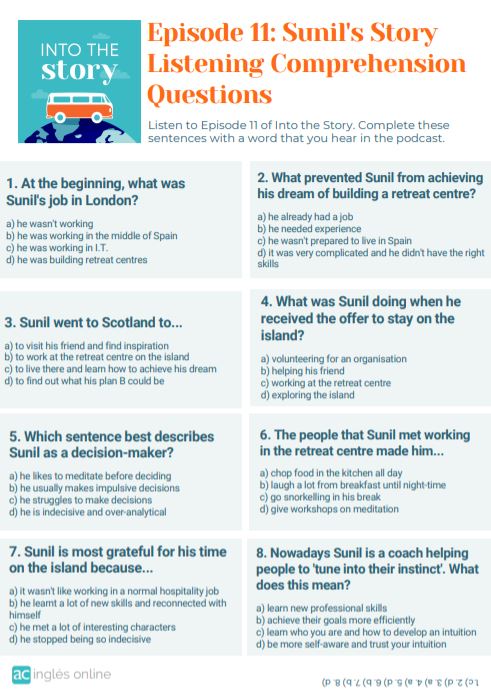 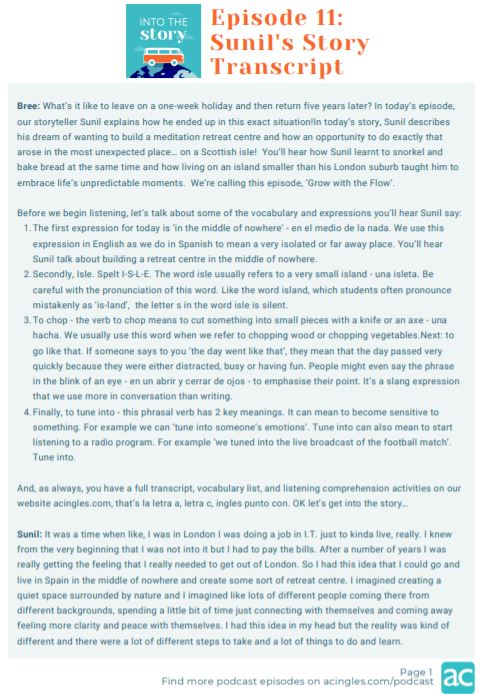