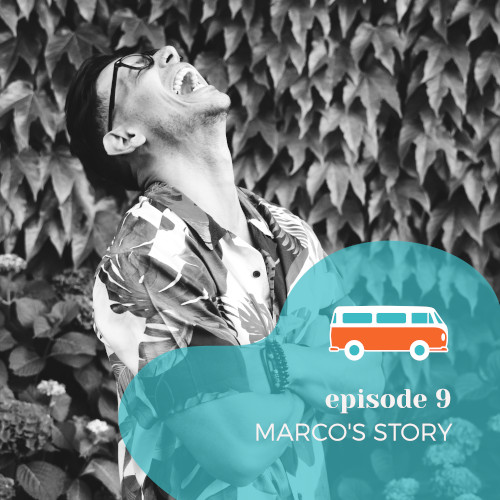 Bree: If you saw our storyteller, Marco, walking down the street today, it would be hard to believe that once upon a time, his nickname was ‘Fatty’.  In this episode, Marco shares a story from his years growing up as a young guy in Caracas, Venezuela, and the moment he decided to hit the gym as a way to get the attention of girls.

From there, Marco’s passion for health and fitness grew into something so much more than a superficial desire to impress women. Marco explains how he began focusing less on what others thought of him and how he found real motivation working out and living healthily for himself. Nowadays, you’ll find Marco in his own gym in Madrid, Balance Triangle, latin music pumping in the background, inspiring his clients to work hard in the same way he did all those years ago. We’re calling this story Fantastic Mr. Fit.

Before we begin listening, let’s talk about some of the vocabulary and expressions you’ll hear Marco say:

Firstly, a nickname, o un sobrenombre o mote, is a funny or familiar name usually given to a close friend instead of their real name. Marco talks about being called Fatty.

The next word is chubby. Chubby is an adjective that we usually use to describe someone who is a bit fat but in a cute way. For example, you could talk about a baby having chubby cheeks. Chubby.

Booty. Booty is a slang word with a lot of different meanings in English. In some contexts it can mean a prize but in Marco’s story, he uses this word to refer to a person’s bottom. We often hear booty used in the phrase ‘shake your booty’ which is a fun American English expression used to mean ‘dance energetically’!

Vain. Vain is an adjective that describes someone who looks at themselves in a superficial way and usually thinks themselves to be superior over others. In Spanish we could say vanidoso. Vain.

Finally, PT. PT is an abbreviation in English for Personal Trainer – un entrenador – You’ll hear Marco talk about how he enrolled in fitness training courses and began studying to become a PT.

Just a quick note on pronunciation and accent, Into the Story showcases stories from English speakers of all language backgrounds from all around the world. Marco is originally a native Spanish speaker who, thanks to almost a decade living in England, has a very charming British accent. Accents, whether they are native or non-native give color to language – they make it interesting and dynamic. And having lived around the world and learned English from different sources, listen out for how Marco also mixes his British English with American expressions like the word ‘booty’.

And, as always, if you want to get the most out of, si quieres sacar el máximo partido de, Marco’s story you have a full transcript, vocabulary list, and listening comprehension activities on our website acingles.com, that’s la letra a, letra c, ingles punto com. OK let’s get into the story…

Marco: I’m Marco, I’m from Venezuela, Caracas, the capital city, and when I was young I always was a skinny guy which always looked okay. The young Marco, he was, like, very funny. My personality is quite… like, friendly. So every single person that was close to me, I would say, ‘hey hello how you doing? I’m Marco, nice to meet you!’ So I was not afraid to introduce myself to anybody. So at the end of the month or the end of the semester I was like, ‘oh Marco you’re Marco, you’re Marco, you’re Marco.

And in some point of my life, when I get into a relationship with a very nice girl, Alexandra and everything starts to change because we normally went to every single restaurant of the city and we were always eating. But not eating healthy, eating crap food which I love. But I didn’t control myself. Try this new place which has new food, very good food so always related to food. Arepas, tequeños, pabellón. Always drinking alcohol… a lot of alcohol and I start to gain weight… like a lot, like a lot! So after all those months, I realized that I was a completely different man physically. My body was different changed to skinny to fat. Alexandra because she was in love, she was always telling me that, ‘no, that’s alright baby you are not chubby. You are okay. You look gorgeous. You’re handsome.’ But I was gaining weight but because it was not important to her she was like it doesn’t matter, you look gorgeous. I love you. You are like this and I love you like this and I didn’t realize but I didn’t realise that I was gaining and gaining and gaining more and more weight.

We were in one of my mate’s house. We were playing guitar, drums and drinking and having fun and one of my friends called me like, ‘Oy, Fatty! Could you please pass me my drink?’ and when she said ‘Oy,Fatty’ every single person started to laugh. So all my mates started to laugh like ‘Yo, Fatty! Hahahaha’ and that day, I stopped being Marco and started to being fatty for all my friends. Yo fatty come here. Fatty do this. Fatty that.

After a week like being fatty fatty fatty I started to realize that I didn’t like that nickname and then one of those days, I came out from the shower and I get to my room and I stop in front of the mirror and I realized that I was fat. At that time I said, ‘oh so it’s true I’m fatty’. So I need to change this because I don’t really like it. That night I said, ‘I’m going to change this tomorrow’.

I had my girlfriend then we finished this relationship and I started to be single again so when I started trying to get on the girls and I mean they say you’re a very nice man you’re so funny you’re so cute but could you please introduce me to your friends and when I realized that those friends that they were talking about they were they were all hot and they were in a good physical condition and I don’t really look good physically. I’m nice and I’m cool but I’m a but I’m chubby. So I said if this is what they like then I’m going to change my figure and maybe I mean they are going to like me more. They’re going to be interested in me in the way that I really wanted to be interested in me and everything, all this starts because of physical condition. It sounds very vain but that was the first message at the beginning.

I went to the nutritionist. I went to the gym. I subscribed myself for 6 months. I paid a lot of money and I said okay what do I have to do to change my body, change my lifestyle and start with nutrition and the gym. The gym!

I joined the gym one night, I think it was a Monday, and by Tuesday evening I was there for my first class and with my personal trainer. He was a very muscly, big, strong, massive guy. I saw that his physique was amazing and when he tried to explain me exercises he did it so easy and he put on so much weight but for him, it was nothing. That motivated me to be as strong as he was. Miguel, he is my inspiration and for me I say, ‘all right I need to reach this new goal’. For me, everything was completely new! It was my first time in the gym, I didn’t know nothing at all about exercise, diets, routines, zero nothing.

It was hard for me. It was tough but thee worst part was the feeling after that because I forced myself so much to get into my goals so quickly that the pain that I’ve got after the gym it was so horrible that I couldn’t even wash my hair in the shower ‘cos I was not able to reach my head with my hands because of the pain on my shoulders and my biceps.

I remember one time I was doing legs at the gym, with the leg press and my PT put so much weight that I say, ‘Brother, I can’t move this.’

And he said, ‘you have to move this ‘cos girls like boys with big booty and big legs!’

And I said, ‘Oh my God! I’m going to move this straightaway! Put more weight on and I literally did it. I did it well, But as soon as I finished the exercise, I vomited just next to the machine on the floor. So it was crazy I was having a nightmare. But at the same time, I was enjoying the feeling in my body, that I started to see results and my body started to change.

In 8 months, I was a completely different guy. But it take… it took me, three years to be the body to get to the goal, to reach the goal with the body that I really wanted. So all the girls started to approach me straight away and they were not asking me about my friends so I said oh it works. But then suddenly I say okay this is going to help me with the girls. I reached my goal but l now I have another goal I want to help the other people who have the same problem that I’ve got.

So I started getting involved and searching about food and about exercising and about a routine and I said I want to do this course about fitness instructor then another course personal trainer and then another course about nutrition and then I’ve got the knowledge to teach the people how to get involved with this fitness life. I’m going to help them to reach the goal to make them feel that this is not because of someone else. They have to do this because of them. This is the most important thing. You have to do it because of you, because you want to change, because you like something not for the rest of the people and then if they really want to do it, I will guide them through this. After watching all my clients reach their goals and just getting better and better, I say, ‘oh I’m good for this’ and I open my own academy, a fitness academy, Balance Triangle.

I fell in love with this. This changed my life, for well, for good. Year after year, it is like you are changing your life, going for something bigger and bigger and now I’ve got more knowledge and I read more and I apply this knowledge to myself and it works and then I apply it to my clients and now I’m a completely different person and I think I’m going to do it ‘til the end of my days. I feel proud about that kid, that he was chubby, insecure but he was starving for something. It doesn’t matter what was my goal but I reached it and I put my hundred percent effort on that and I would say to that kid, ‘well done, well done, boy’.

‘You have to do it because of you, because you want to change, because you like something, not for the rest of the people...’ 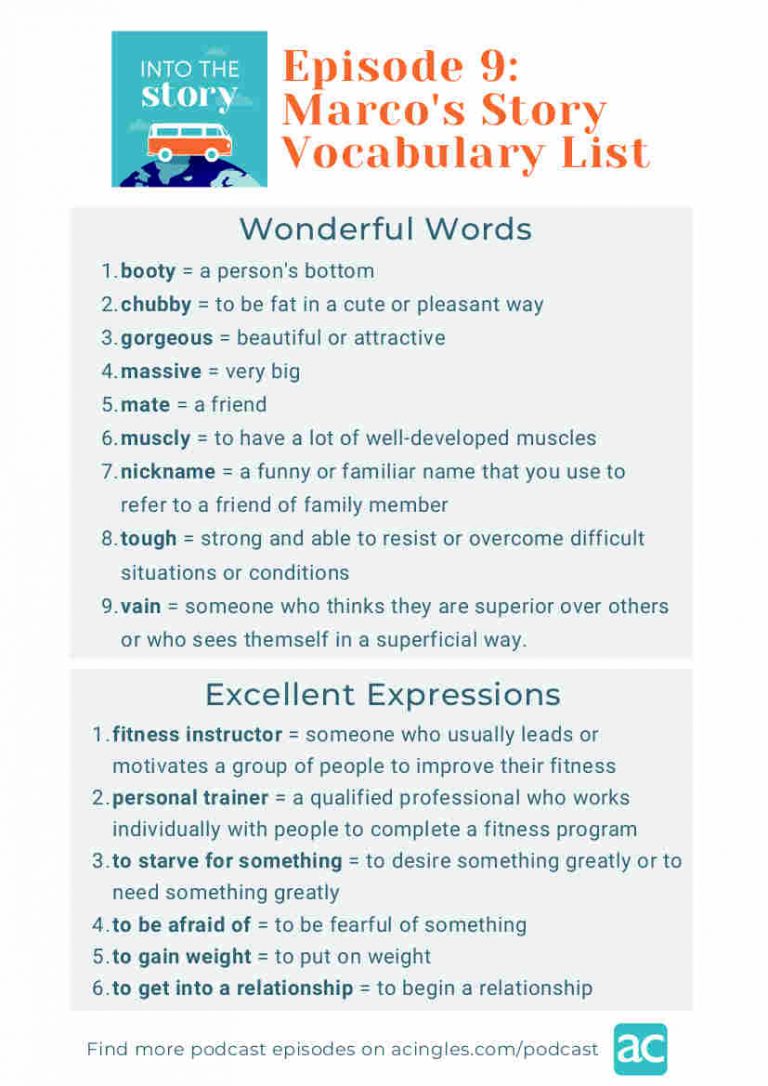 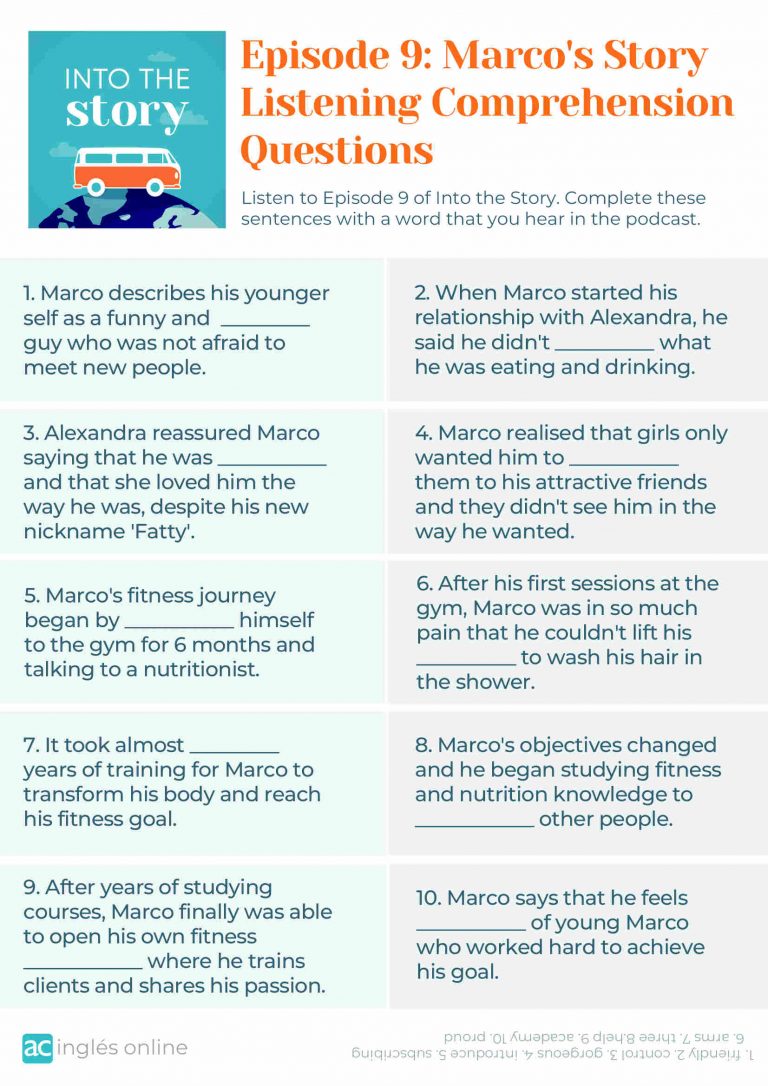 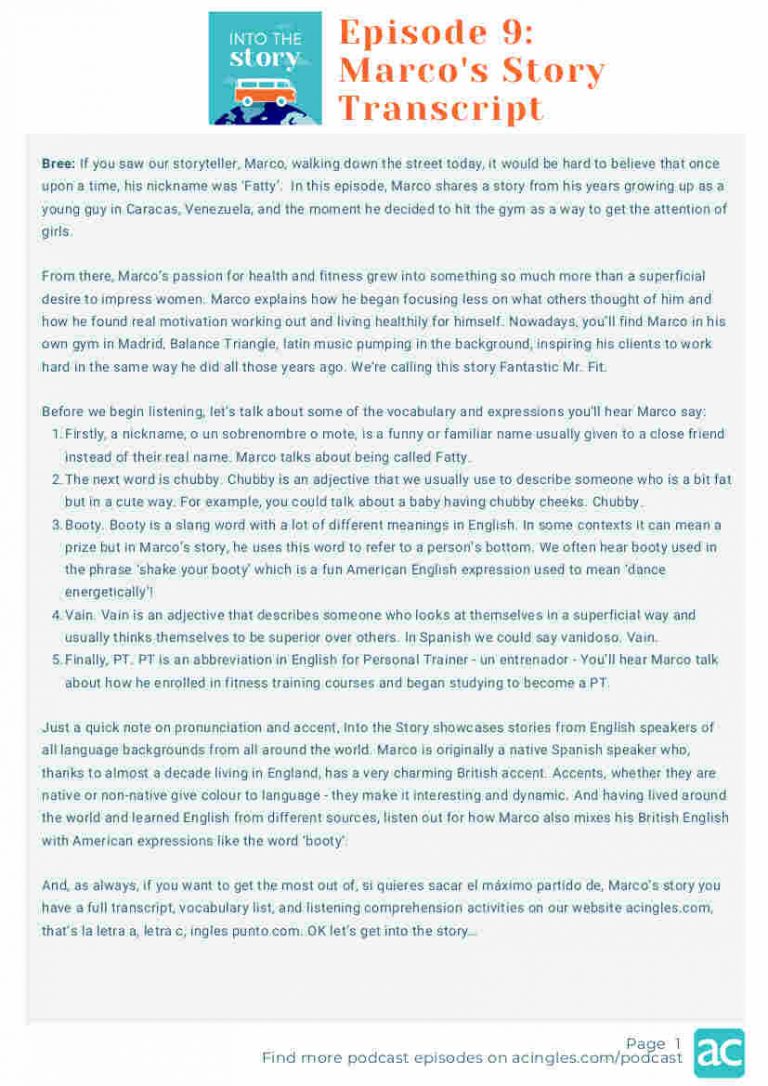