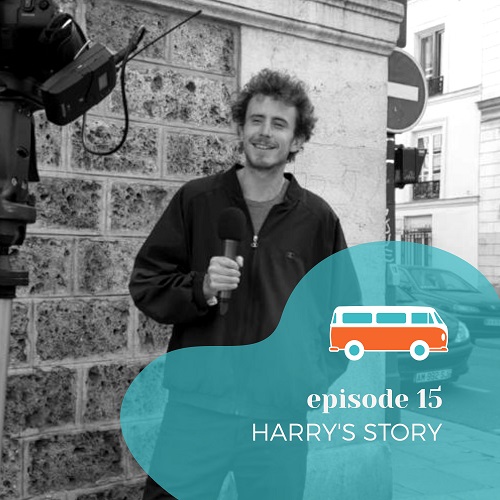 Bree: Today’s story begins at a train station in Toulouse, France. It’s 6am in the morning and our storyteller Harry is arguing with the train station conductors, asking them, begging them, to let him and his bike onto the train.

In today’s episode, we hear about a day from Harry’s adventure cycling through the French countryside and the unexpected obstacles and people he meets along the way. In this story, you’ll hear Harry talk about the difficulty of eating croissants while cycling and how he narrowly escaped a night sleeping outside in the forest. We’re calling this episode ‘Biking and Brioche’.

Harry: So the plan was to take a train from Toulouse to Bordeaux and then cycle about 200km to Niort. The day starts at my friend’s house where I’m staying and I’ve got to get to the station for 6 a.m. to get this train but what I don’t know is that taking a bike on the train in France is an absolute minefield. This is a big train with 20 carriages and only two bikes, and at 6 a.m. at 5 p.m. to get there and the train guy is saying sorry there is no space on the train. And I’m almost on the verge of tears, I’m so tired. This is a disaster.

I’ve got everything planned later. If I don’t get to this place Niort, this town in the middle of France, everything is going to be very hard for the following days and so I’m just begging him and begging him and he says alright go talk to the boss man over there. I’m saying I want to put this bike on the train, it must be possible, I’ll do whatever it takes, I’ll take it apart. I’ll stand up and the bike can have the seat whatever and they say hmmm… well… have a look at the train. Alright then alright then, we’ll let you on. But you gotta pay 30 quid and he looks like he’s just made up that number off the top of his head and he’s like well it would be 10 in the ticket office but you are late so 30 quid to put the bike on. So I get the bike on!

The bike, the great thing about the bike is that you don’t have to plan months in advance. You know, you can, you can be a little freer. Especially after those long months of quarantine, I was, I was pretty keen to get a sense of freedom. It changes your routine completely. It gets you into a different rhythm. In the morning it’s lovely on the bike because you are full of energy and you feel very peaceful. The light is very, very nice in the morning. It’s a good temperature for cycling and you can go quite fast and you… if you like, you are in one of those idyllic adverts or something for sportsgear, cycling along and you think, ‘oh when am I going to do that!’ and there you are.

I packed really light because I knew I was staying in either a friend’s place or in these little hostels on the way. So no tent or anything like that. Just got a 10 litre bag on the saddle, a couple of small bags on the frame which is stuffed with leftover croissants and brioche and things. I did try a few times thinking, I could save time if I eat whilst I’m still going. I don’t know how they do it on the tour de France. It’s actually quite difficult. You have to keep a hand on the wheel, you’ve gotta eat the thing, your mouth is incredibly dry and gurgh, gurgh, gurgh, practically choking to death and you think, ‘fine then, I’m going to stop’.

I got to this restaurant in the middle of this nowhere. It’s a small village, somewhere between Bordeaux and Cognac and there’s a lady there and she’s looking… Everything is looking very nice. I feel oh maybe I’ll have lunch here. I’m actually early! You have to be very careful about what time you eat your food as it’s very precise. Everybody tends to eat between midday and 1:30 and in Spain I’ve been used to the 3pm lunches and stuff and 9 or 10 p.m. dinners and in France it is very specific hours. It’s 11:45 and I think surely at midday because I’ve already had this experience of being turned away. Midday they’re going to be saying it’s a good time to eat. I think, Harry, you’ve done well here. You’ve actually understood the French hours for eating.

This is going to be a great success. But she says to me that the restaurant is fully booked and I couldn’t believe it because the restaurant is empty at this point and surely I can just go in before anybody comes. She says you don’t have a reservation then it’s not possible, sorry. I sit on the side, sit on the side of the road and have a sandwich from the, from the little corner shop. There is hardly anybody in this that I’ve seen for all morning. It’s really in the countryside. Then amazingly at 12, the restaurant is full and all the room people have arrived within 10 minutes. Apparently the whole town and the surrounding towns dine there everyday. It must be a good place.

So the thing that was really, throwing a spanner in the works, later in the day, was that I realized that my accommodation for that evening in the, lovely, Niort, had been cancelled and I’m thinking bullocks I have nowhere to sleep tonight. But it’s a nice sunny day, I’ll just sleep in the forest. I thought I’d just go into the forest, make a little lean tool, maybe put some sticks, leaves and sticks against the thing and pop the bike there. I didn’t have anything to sleep in so I thought I would just rough it for one night, it would be alright. But it really started raining really really heavily and it was really really cold ‘cos something that happens as you move up France is that you cross a certain river and the weather changes quite significantly from the north and between the north and the south and it was just bucketing down.

I had to get, I had to do this last 20 km on the main road and I’m really cold and really wet and I’m thinking, crap, that forest plan is not going to work. The forest, the forest plan… I am looking at the forest, the forest looks thoroughly uninviting! So I’m thinking, I thought, the best plan now is to just go in and maybe I can chat to some people and befriend them or something and see if someone’s got a sofa that I can crash. I’m pretty tired and I’m going from bar to bar trying to find one that has got a bit of life in it. I find a bar and I get talking to a group of youngish looking people and I’m thinking these guys are really nice, really interested in bikes as well. I made the mistake of choosing the bar near the station and about quarter past eight oh they also I better be going, I’m going back to Paris tonight and ah good luck with finding a room.

So off they go and… off they go and I’m left there with the barman who is quite keen to close and sort of just edging, they’re doing that thing you know when they close one table at a time, making you feel thoroughly unwelcome all of a sudden and so I’m desperately looking on like airbnb or something for a place and luckily right at the last second, somebody responds saying borgh, go on then, are you already in Niort? Alright, go on then. And it’s not too expensive or anything. And so I go there and it’s much better than the forest. The guy is really nice. Bless him, he gave me some dinner as well when he saw a soggy sandwich that I pulled out for dinner.

I think those unexpected adventures are kinda what makes the trip a little bit exciting when you look back on it. Yeh relish those things that go wrong because ultimately it’s those moments of discomfort that make us appreciate the security and.. and ah creature comforts that we have. That’s why I try not to plan too much in advance or just get a skeleton idea of what I’m going to do and then hopefully, all those little improvisations that you do along the way, bring a little bit of magic.

‘...the great thing about the bike is that you don't have to plan months in advance... I was pretty keen to get a sense of freedom. It changes your routine completely. It gets you into a different rhythm.’

‘I think those unexpected adventures are kinda what makes the trip a little bit exciting when you look back on it… ultimately it’s those moments of discomfort that make us appreciate the security and.. and creature comforts that we have.’ 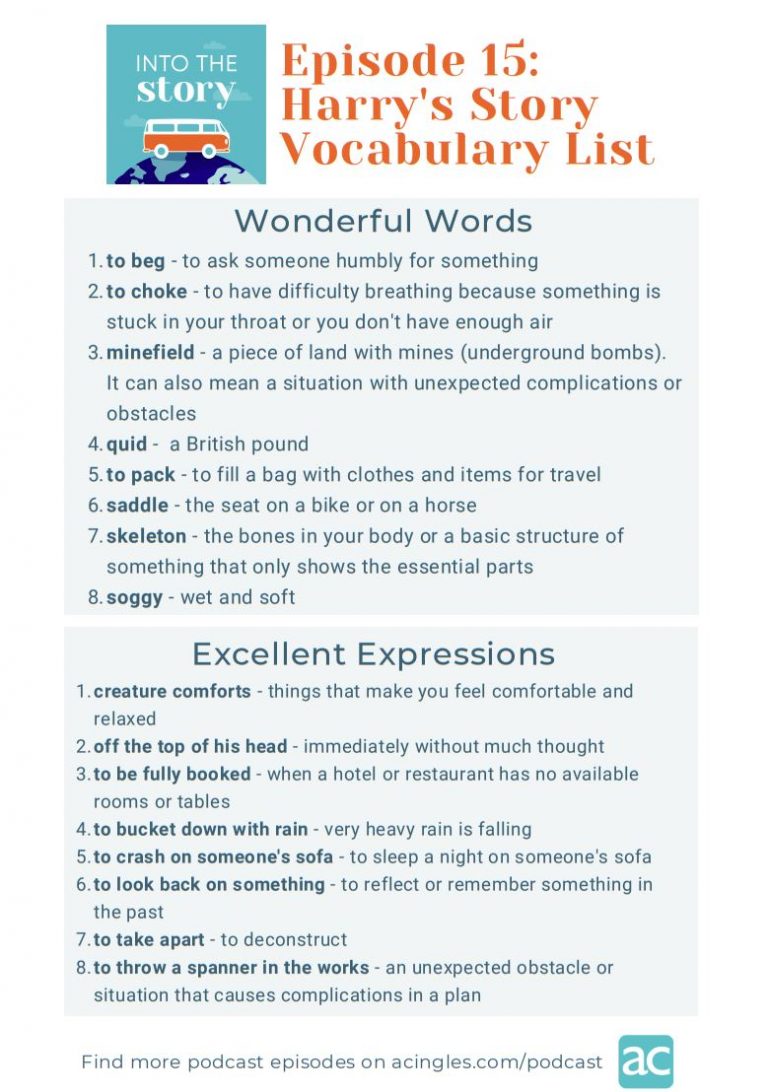 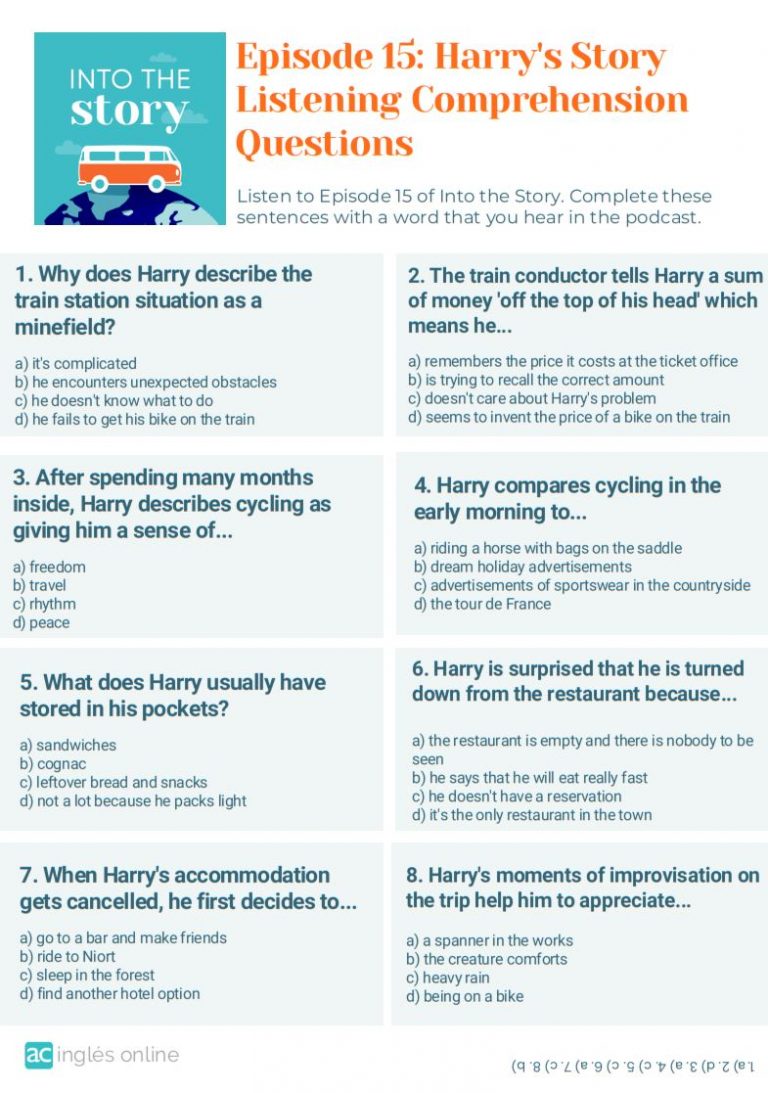 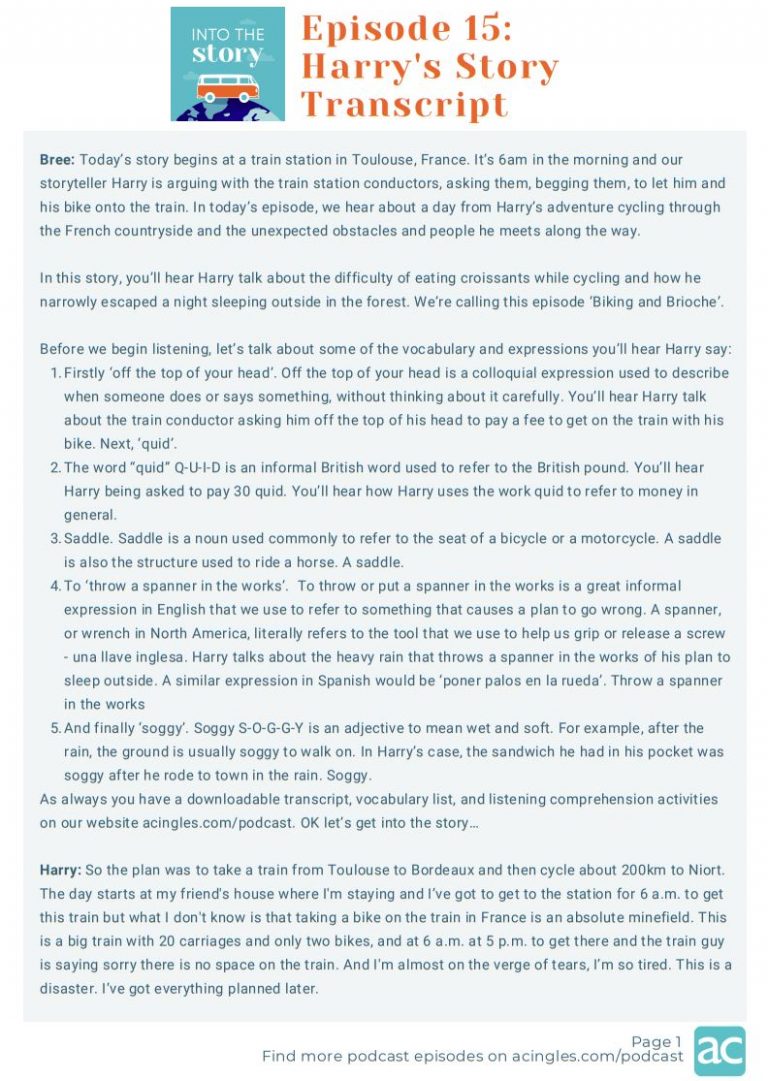